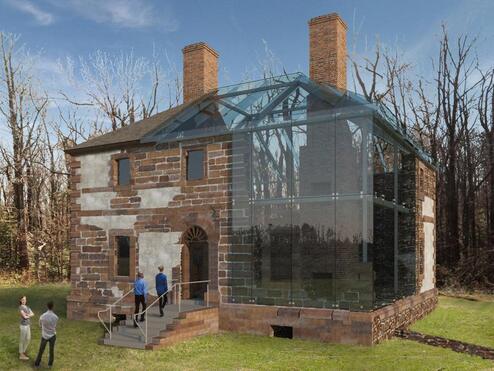 Fantastic Field Trip Friday - Historic Menokin!
On March 18, eighteen intrepid William Byrd members and guests toured historic Menokin, the home of signer of the Declaration of Independence Francis Lightfoot Lee, in Tappahannock.  At Menokin, advanced techniques of architectural restoration provide visitors a rare opportunity to view eighteenth century building construction.  From its original residents, the Rappahannock Indians, to its significance in the early years of our country, to twenty-first century cutting edge archeological practices, Menokin offers a wealth of experiences for the first time visitor  On the way to Menokin, members toured a private home (c.1790) whose rich history runs the gamut from being the residence of a "real" daughter in the nineteenth century to being a respite for circus performers in the twentieth!  Members explored the home's three levels and two outbuildings, but, as much effort as was expended, no one was able to find the location of the elephant supposedly buried on the property! Lunch at Northern Neck Burgers followed between the two stops. A good time was had by all!
​ 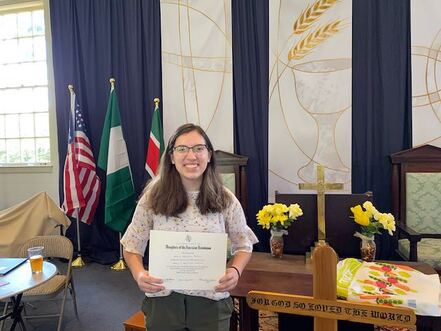 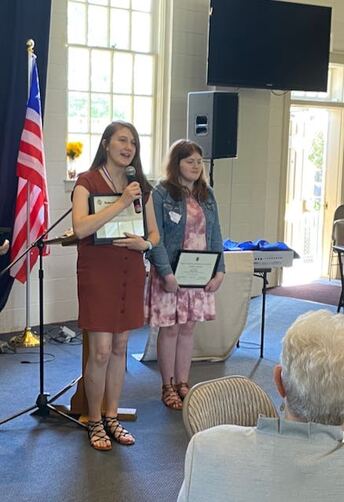 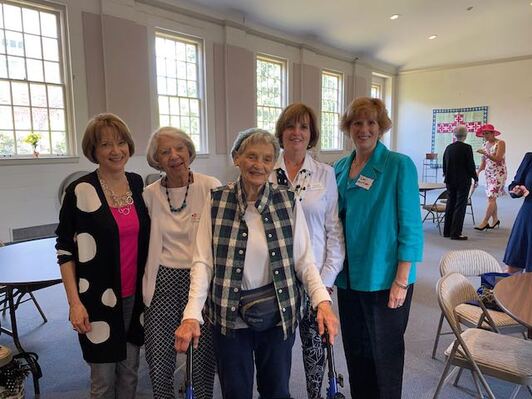 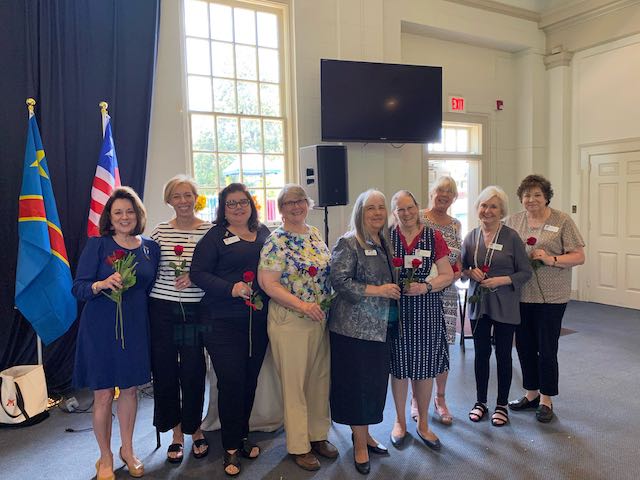 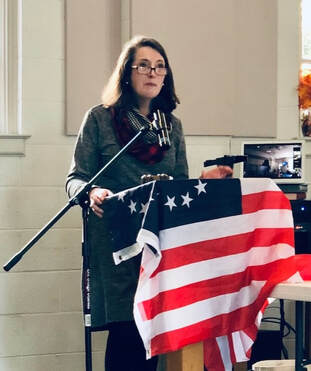 As Cornwallis made his way northward through Virginia, the young french aristocrat Lafayette hunkered down for the night in an inn dangerously close to Cornwallis's path.  'when the British general stopped at the home of sixteen year old Susanna Bolling, and over dinner discussed his plan to capture Lafayette, what was Susanna to do? 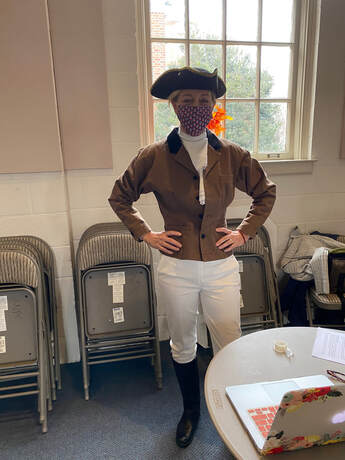 Second Vice Regent, Susan Lambrechts got into the Revolutionary War spirit as she led the chapter in a challenging "History Bingo" game at our January meeting.
​ 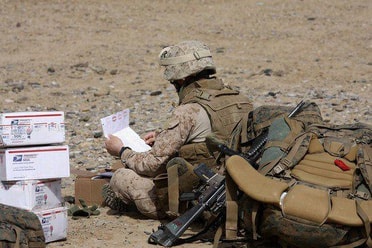 I am CTR2 (name withheld) currently in the Navy stationed in FDNF Japan. I hope this is the correct email and gets to the right people. I recently got a care package from the NSDAR William Byrd Chapter and I  would like to thank you so much for the package you sent me for the holidays. This will be my third holiday season away from home and family. It truly means so much to see the care and support from people back especially those who I don’t personally know. The packages made my month and I can’t thank you enough for your effort and thoughts. The box is actually one the best care packages I’ve gotten before I loved and enjoyed all of the snacks included and shared them with some fellow shipmates who want to say thank you as well. Again thank you so much for the support and packages I hope you have a happy and safe holiday season!

Are we talking about Coco Chanel or Coca-cola or HOT COCOA?  No!   In November, member and honorary regent Frances Broaddus Crutchfield presented a fascinating program giving us a look into the person of Cockacoeske, the Pamunkey Indian queen who led a coalition of tribes for some thirty years in the latter half of the seventeenth century, and who brokered peace with the English settlers.

Cockacoeske was chosen as one of the twelve very significant women in Virginia's history to be memorialized in the Virginia Women's Monument at the state capitol.  Check her out! 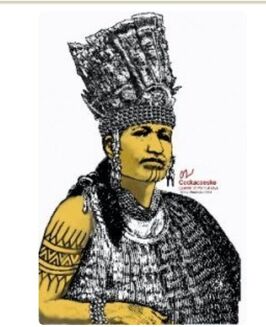 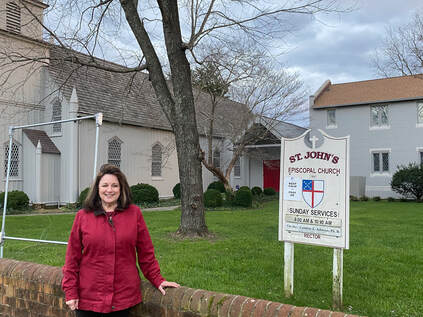 William Byrd Sponsors Historic Grant
The William Byrd Chapter has sponsored an historic grant for restoration of the roof of St. John's Episcopal Church in Tappahannock, VA.  The church was established in 1820, and worshippers have met in the present structure since 1850.  Jenny Daniel, William Byrd Chapter Regent, stands in front of the church. 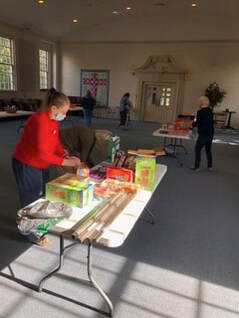 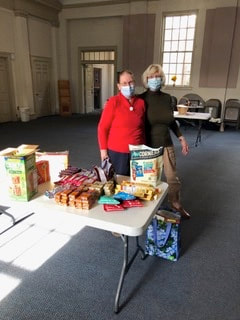 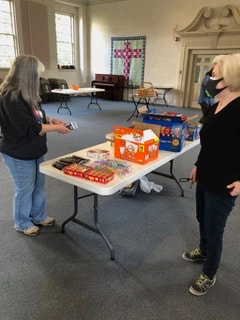 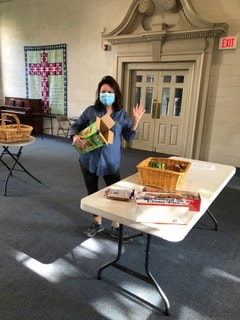 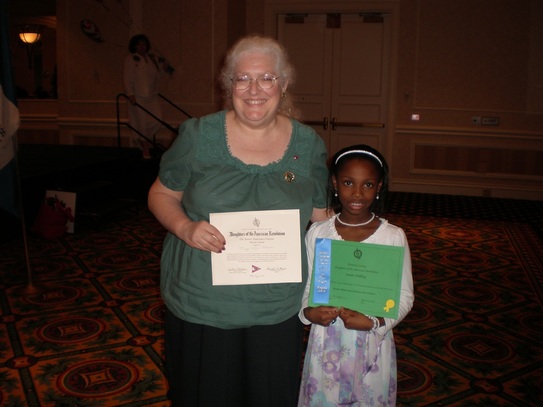 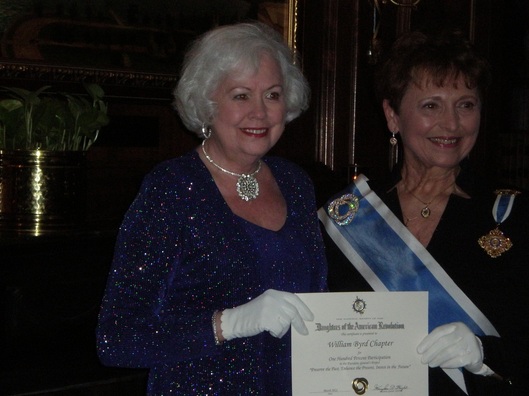 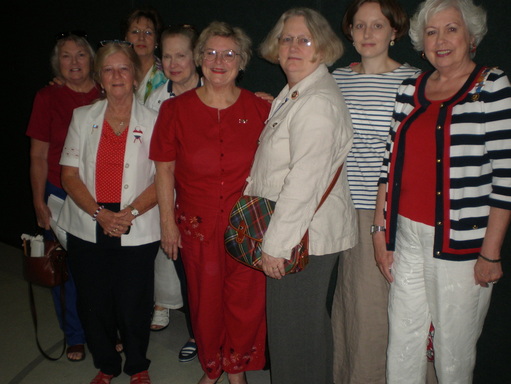 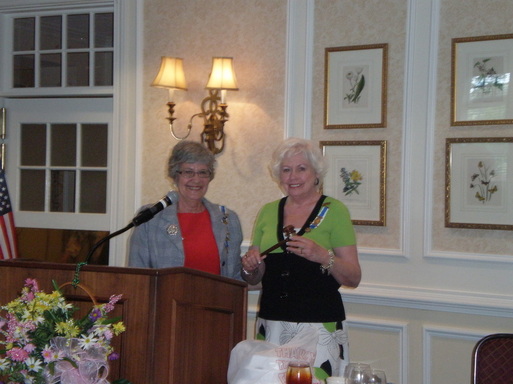 The incoming regent of the William Byrd Chapter receives the chapter gavel from the outgoing regent.