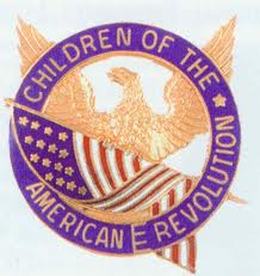 We are an organization for boys and girls ranging in age from birth to twenty-one.  Children are eligible to join if they have an ancestor who served in the Revolutionary War, or performed patriotic service to help the troops.  If a prospective member has a relative that is already a member of the DAR or SAR (Sons of the American Revolution), then they can join using that patriotic ancestor, or they may document a different ancestor who served.

Meetings are held once a month in members' homes, usually the second Saturday or Sunday.  Each member helps with the programs, which are based on National Society themes.  Members may attend several conferences and workshops during the year.  There are two state workshops in the summer, a state conference in March, and a national convention in April, as well as a mid-Southern regional meeting held in the summer.

The William Byrd Society C.A.R. has been honored as the Most Outstanding Society in the State.  In 2006-2007, we received the Emerson Bowl for the most new members.  If you are interested in having fun and learning about history, conservation, and genealogy, please contact our sponsor, or visit the National Society Website.

The 2014 - 2015 Virginia Children of the American Revolution State Project is raising funds to preserve a fork and spoon found at George Washington's boyhood home, Ferry Farm as well as underwrite an education program.

The 2014 - 2015 National Project is raising funds for the Star-Spangled Banner House in Baltimore, Maryland.  The funds will go toward replacing the flags outside of the museum.

The William Byrd Society C.A.R. has the following meetings scheduled for the 2014 - 2015 year.